Re-Thinking Timber for a Better Tomorrow

MPavilion 2018 showcases the striking lines of Vulcan eco-timber screening.
Contact us about your project

MPavilion is a stunning new temporary structure in the Royal Botanic Gardens Melbourne. It is the fifth in an ongoing series of proudly supported for the second occasion by Britton Timbers. The series was initiated in 2014 by the Naomi Milgrom Foundation and is supported by City of Melbourne, the State Government of Victoria through Creative Victoria, and ANZ.

The 2018 MPavilion was designed by Barcelona-based architect Carme Pinós of Estudio Carme Pinós. Carme had a strong vision for the pavilion, based on its location amongst nature, its purpose as a place of activity and connection, and its backdrop against the Melbourne skyline.

This year Abodo Vulcan Screening was chosen and used for the roof and the walls, blending at deceptive and clever angles to make the legs and roof. Abodo is harvested from New Zealand’s FSC® certified rapidly renewable plantation forests, and distributed by Britton Timbers.

The pavilion so beautifully and thoughtfully designed, gives the people of Melbourne a place to come together for a wide variety of activities. The MPavilion will remain in the Royal Botanic Gardens for a period of several months, after which time it is then gifted to a community location that is yet to be announced. Past pavilions have been gifted to Monash University, Melbourne Zoo and the Hellenic Museum.

In the words of Carme Pinós
"it’s a place that is very sensitive to the changes in nature, where people can observe the rain, see the change of light and movement of shadows, and opens up to the garden and the view. Each moment in the pavilion will be different."

No results in this category 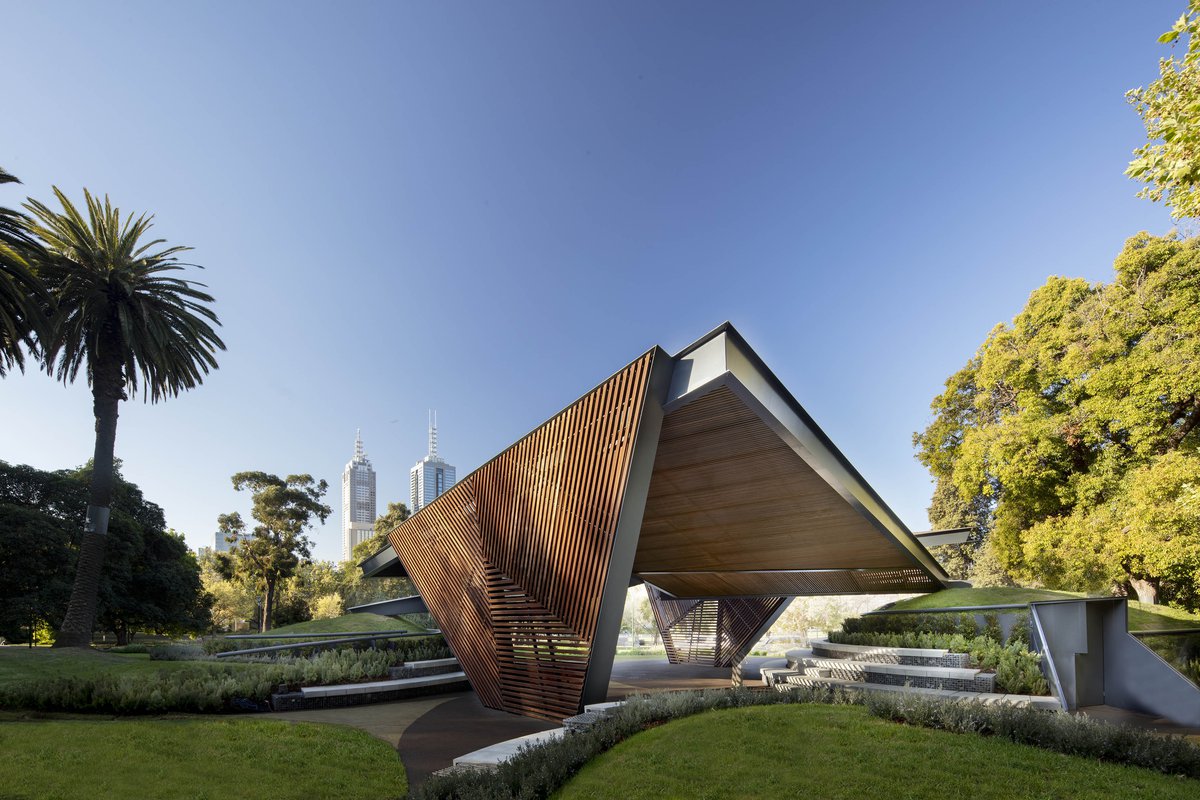 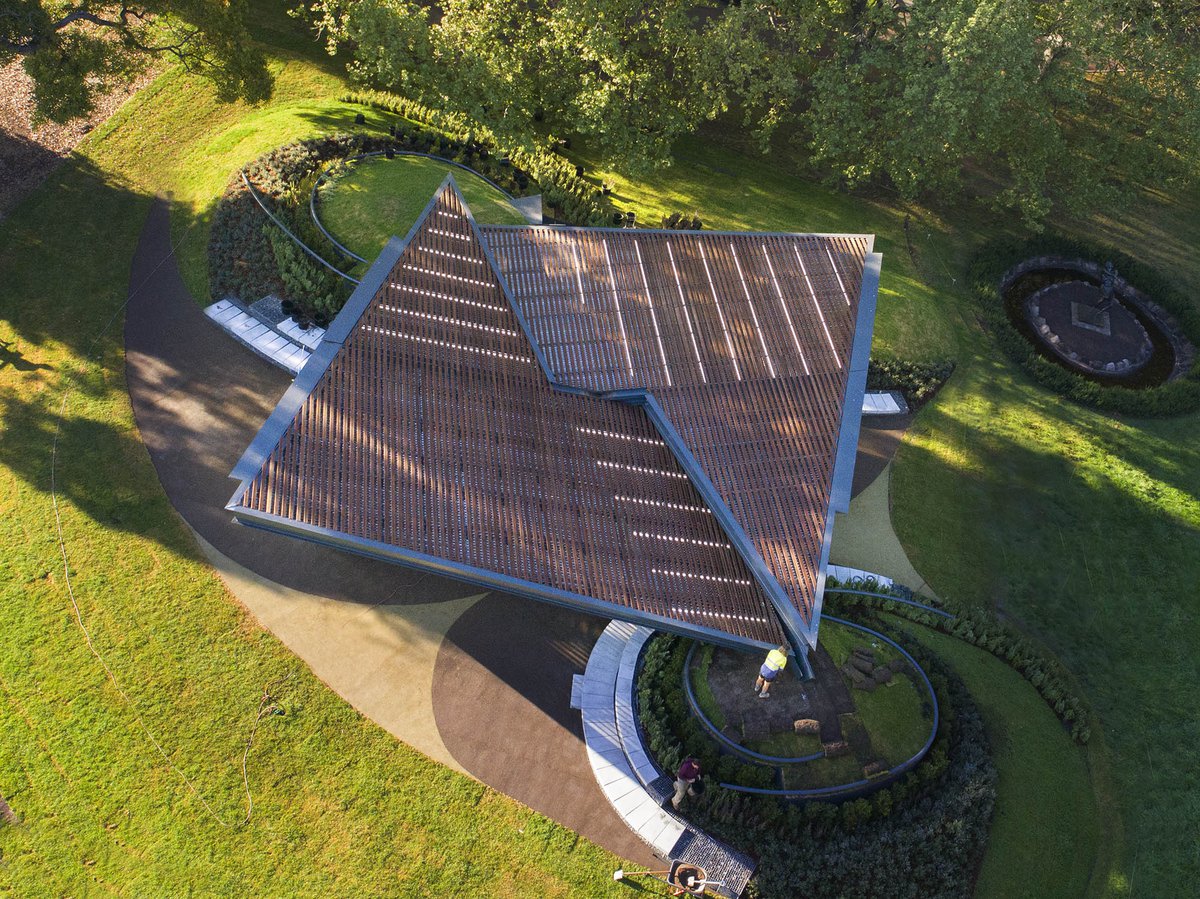 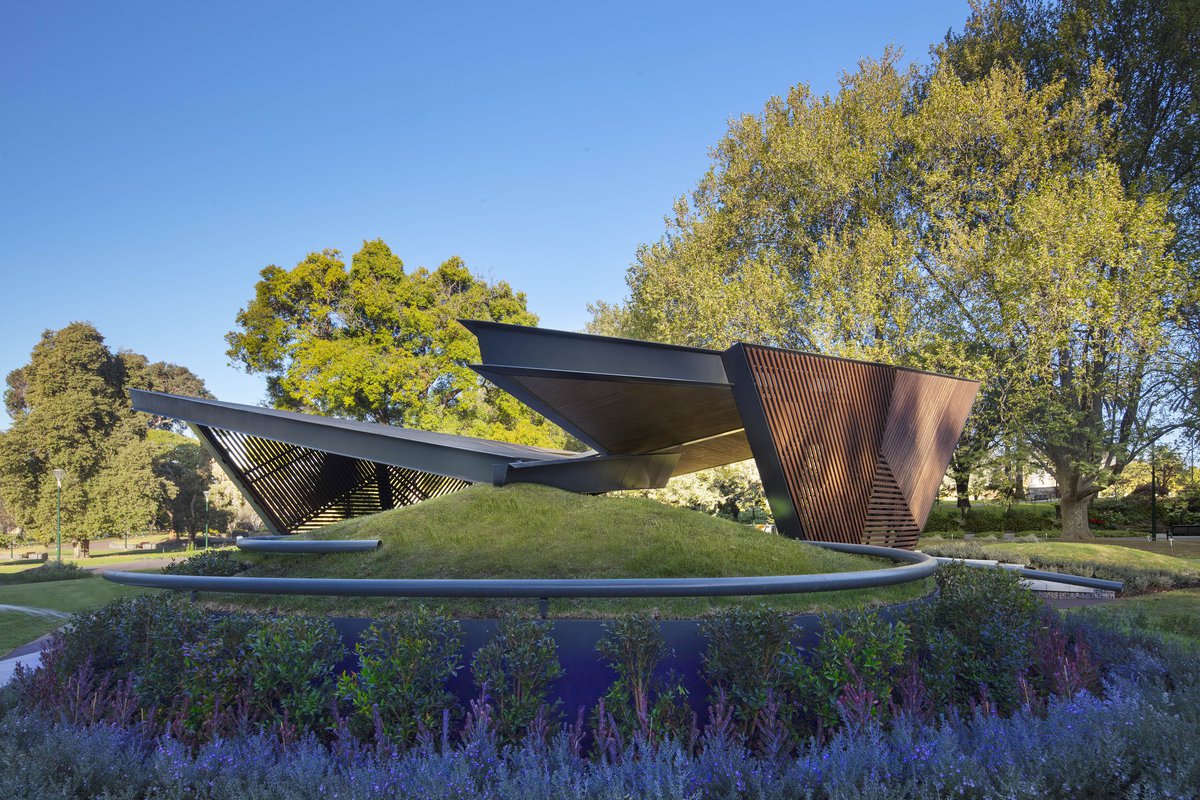 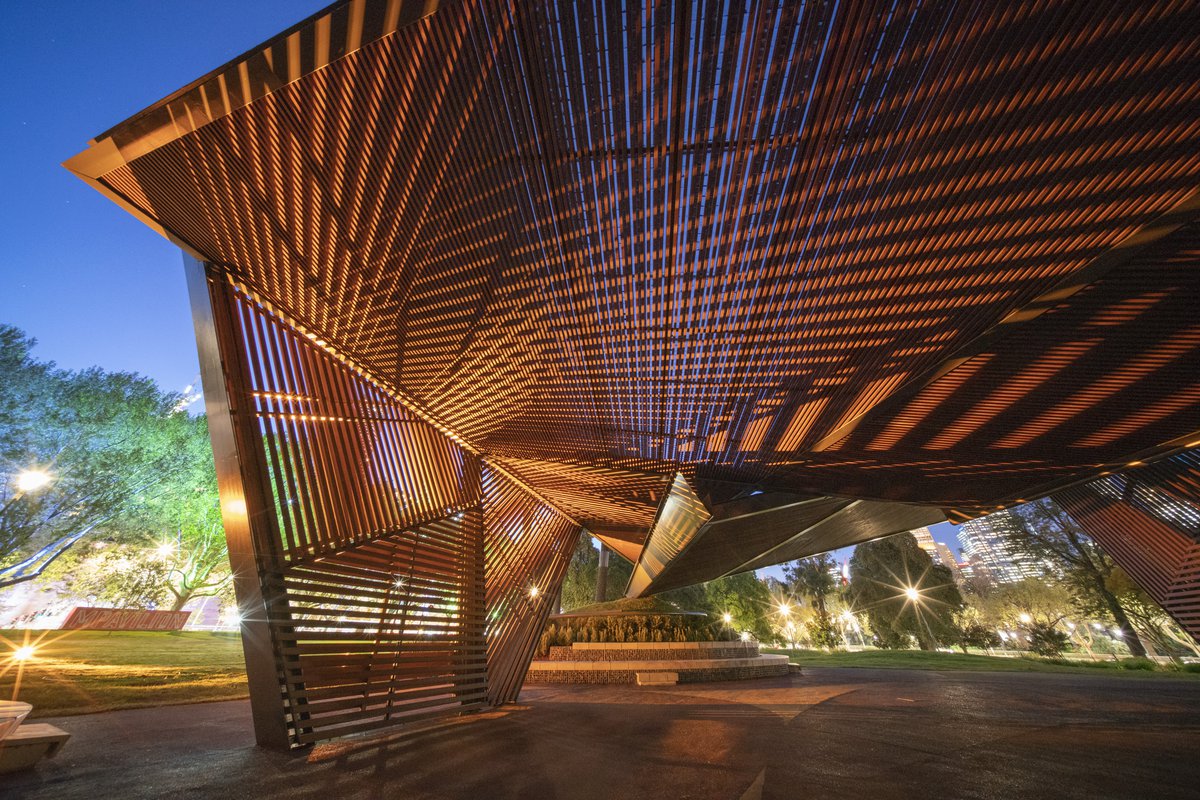 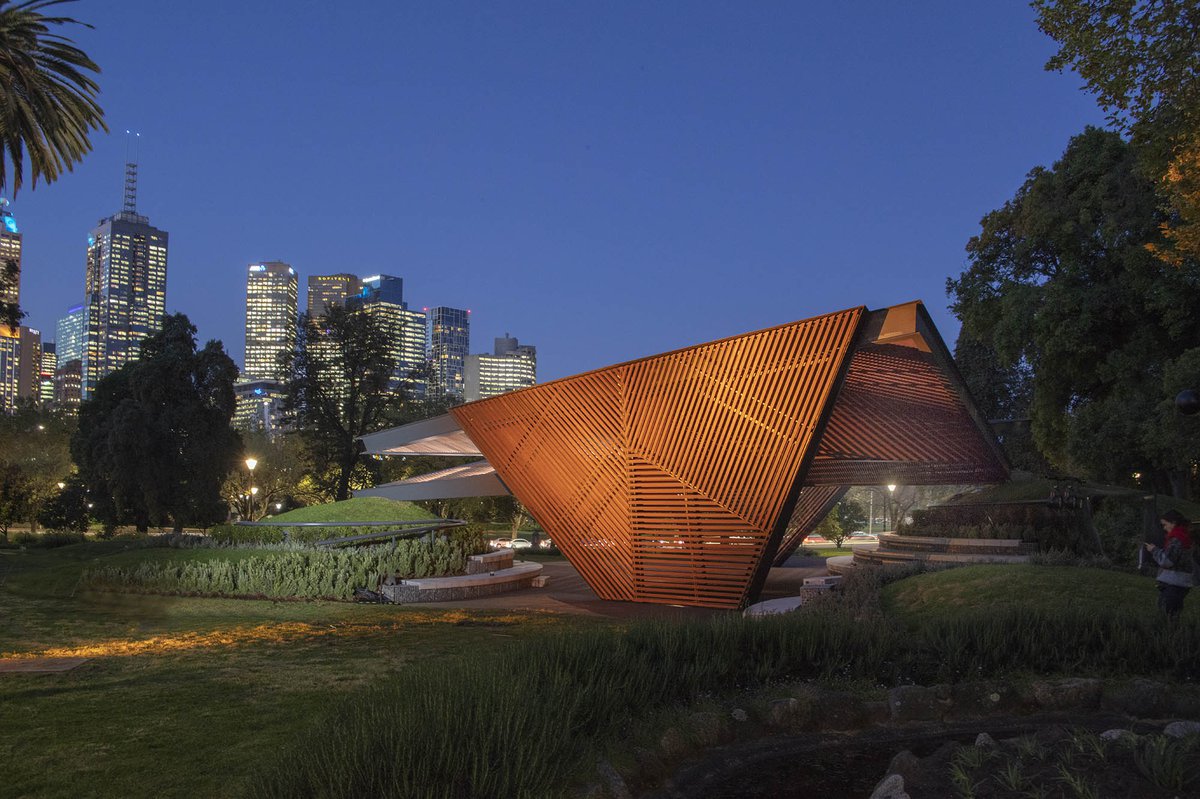 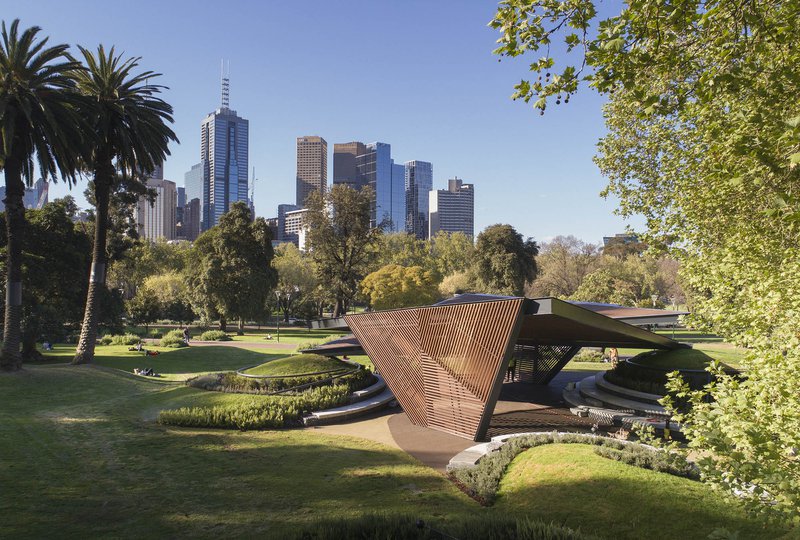